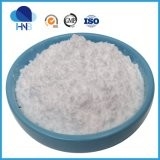 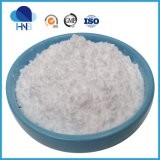 The Application & Function of Clarithromycin

Clarithromycin and its metabolites in vivo have enhanced antibacterial effect on influenza bacillus. The product also has certain effects on gonococcus, listeria and campylobacter jejuni, while it has stronger effects on legionella pneumophila, mycoplasma pneumoniae, chlamydia trachomatis, ureaplasma urealyticum, etc. than erythromycin, and plays a prominent role in new varieties developed in recent years, MIC90 is about 0.008-0.12mg/L.

In addition, it has certain activity to Spirochaeta, Mycobacterium avium and Toxoplasma muris, and most of them are superior to other varieties. In addition to the strong antibacterial effect on anaerobic bacteria, the effect on Bacteroides fragilis is better than that on erythromycin and other antibiotics such as Staphylococcus aureus, Streptococcus pyogenes, and Influenza bacteria.

This drug belongs to macrolide antibiotics. Its mechanism is to inhibit the synthesis of proteins by blocking the binding of 50S subunits of nuclear proteins

The COA of Clarithromycin